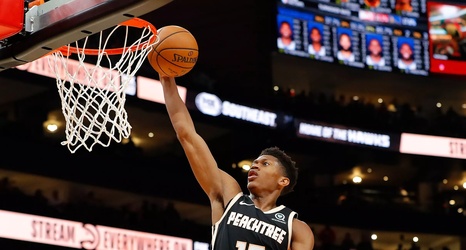 After a three-game road-trip — and an awful weekend in Indiana and Houston — the Atlanta Hawks entered State Farm Arena on Monday night knowing that the opportunity to end their 10-game losing streak was a strong possibility as they squared off against the Golden State Warriors.

Though the Hawks trailed early, they eventually eased to a 104-79 victory behind strong second and third quarters where they outscored the Warriors 29-17 and 27-13 respectively.

If you missed the game and want to see how it unfolded, again, I recommend you do so right here.