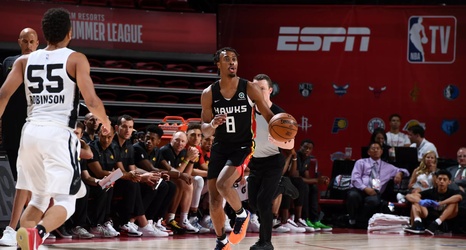 According to a league source, the Atlanta Hawks have come to a deal with Tahjere McCall to bring him to training camp. He’ll sign an Exhibit 10 contract to be a part of the team during preseason. Amico Hoops’ Ben Stinar was the first to report the deal.

McCall was one of the lone bright spots for a lowly Hawks Summer League outfit in early July. He’ll have his chance in camp to earn the team’s final roster spot, though the history of Exhibit 10 players earning a spot on a team’s regular season roster is extremely limited.