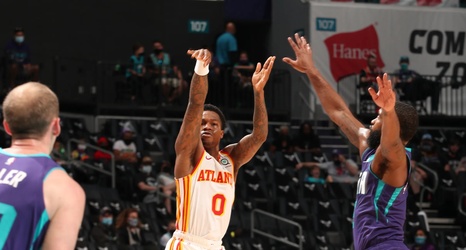 The Atlanta Hawks put together a spirited performance on Friday evening, coming back from a double-digit deficit to defeat the Chicago Bulls. From there, Nate McMillan’s team hopped on a (quick) flight to Charlotte to face the Hornets on Sunday afternoon, but the Hawks took the floor at Spectrum Center with a wildly shorthanded roster. By the time the game tipped off, Atlanta had only 10 available players, with Trae Young, John Collins, De’Andre Hunter, Danilo Gallinari, Tony Snell, Cam Reddish and Kris Dunn all unable to play due to injury. Still, the Hawks were able to scratch and claw their way to a victory, topping the Hornets by a final score of 105-101.