Hawks move above .500 for first time since December with 132-123 win over Pacers 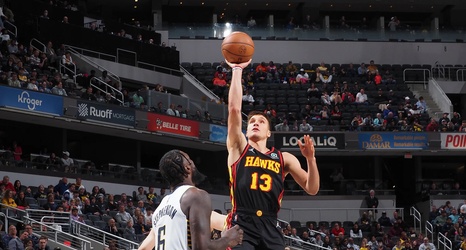 The Atlanta Hawks were on the road this evening to take on the Indiana Pacers. Similar to the past few games, the Hawks were without some of their keys players, and this time it was Danilo Gallinari and De’Andre Hunter, who was a late scratch. Facing a short-handed Pacers team, the Hawks were able to win 132-123 and get over .500.

Kevin Huerter had it going early for the Hawks, hitting three three-pointers in the first quarter.

Huerter wasn’t the only one feeling it from the perimeter, as Trae Young, Bogdan Bogdanovic, and Timothe Luwawu-Cabarrot all hit a pair of threes in the first quarter.