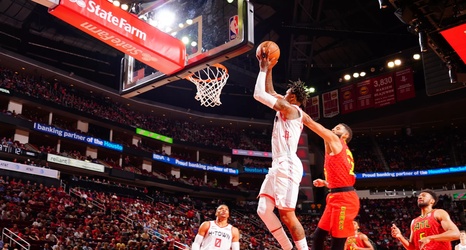 The Atlanta Hawks made their way to Houston for the second half of a back to back with the Rockets. Cam Reddish joined John Collins and Kevin Huerter on the list inactives for Atlanta, as Allen Crabbe drew the start in Reddish’s absence.

The first quarter got off to a nice start as Crabbe hit a three pointer on the Hawks’ opening possession, but things quickly went downhill from there.

The Hawks were within four with seven minutes to go before Houston rattled off a 19-7 run over the next six minutes. Then, Russell Westbrook capped off the rough quarter with a three pointer just before the first quarter ended to put the Rockets up 38-21.