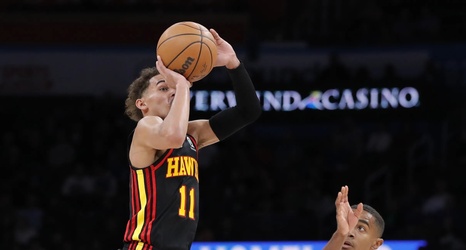 As the season winds down, the Atlanta Hawks and Oklahoma City Thunder have their sights on two very different aims for this ending stretch. Atlanta still believes they can make noise in the postseason, whereas the Thunder are focused on player development and foundation building.

To that end, Oklahoma City ran out a starting lineup with four combined seasons of NBA experience prior to 2021-22 and names anonymous to only the most ardent fans of the league.

The Hawks, on the other hand, inserted Timothe Luwawu-Cabarrot into their starting lineup as Danilo Gallinari and Jalen Johnson sustained short term setbacks and John Collins remained sidelined.