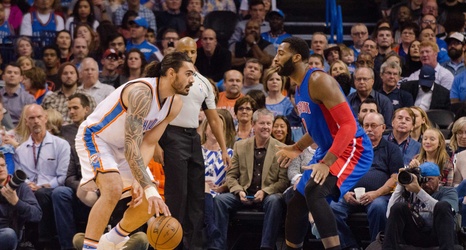 The NBA trade deadline is just a few weeks away, and it’s shaping up to be a busy one for the Atlanta Hawks.

They have been tied centers Andre Drummond and Steven Adams in various rumors thus far, and earlier today, Ian Begley reported that the belief is that the Hawks have more interest in Adams.

Things can – and do – change quickly on the trade landscape but NYK's recent talks w/DET about Andre Drummond were more than just exploratory, per sources. Also, teams in touch w/ATL recently came away with impression Hawks had more interest in Steven Adams than Drummond.