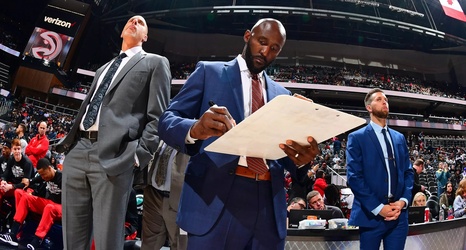 On Tuesday afternoon, the Brooklyn Nets and the Milwaukee Bucks took the floor in the early game in the NBA’s Orlando bubble. In addition to the afternoon time slot, this was not a normal game from a roster standpoint.

To be fair, none of Brooklyn’s game right now qualify as normal without Kyrie Irving and Spencer Dinwiddie (not to mention no Kevin Durant), but Bucks head coach (and former Hawks head coach) Mike Budenholzer decided to not play a number of his best players down the stretch. Finally, Brooklyn elected to sit three healthy starters — Jarrett Allen, Joe Harris and Caris LeVert — and the Nets were 19-point underdogs at tip-off.