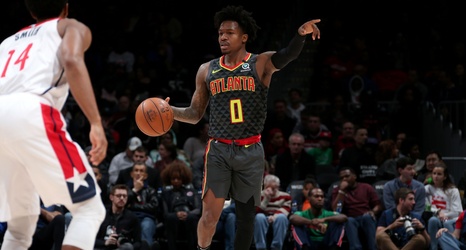 The Atlanta Hawks play their 41st game of the year on Tuesday night, officially hitting the halfway mark of their season. It’s a good time to stop and look at the season in progress for the players.

After spending a year with the Nuggets, Atlanta’s own Brandon Goodwin signed with the Hawks on a two-way deal back in August.

Despite the team not really having a true backup point to put behind Trae Young, Goodwin spent most of his time in College Park with the G-League squad.