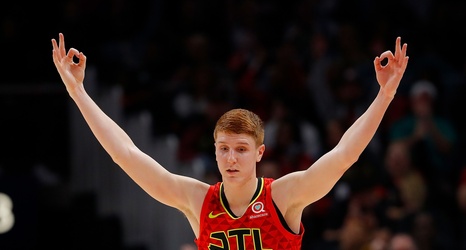 Bruno Fernando wanted to know why Kevin Huerter stole all the towels from the shower when he was showering. pic.twitter.com/4hGJz5XEPd

More importantly, Red Velvet provided an update on his injury, telling the crew that he’s aiming to reutrn after this road trip.