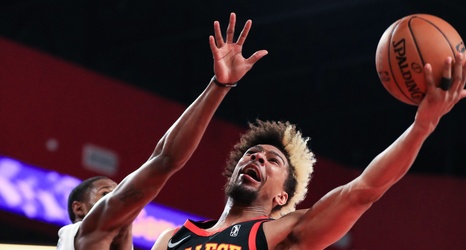 The Atlanta Hawks’ first year G-League team has their first handful of games under their belt, going 4-4 through 8.

Two-way player Charlie Brown leads the team in scoring (outside of Tyrone Wallace, who played one game) with 19.8 points per contest.

The guard is also the team leader in rebounds and just behind Brandon Goodwin in assists.

Speaking of Goodwin, the other two-way player, has averaged 17.5 points and the aforementioned 7.4 assists per game to go along with 2.1 steals.

Unlike Charlie Brown, Goodwin hasn’t appeared for the NBA squad just yet, but with these impressive numbers, combined with the 16 games he played with the Denver Nuggets last season, he should see some time soon.