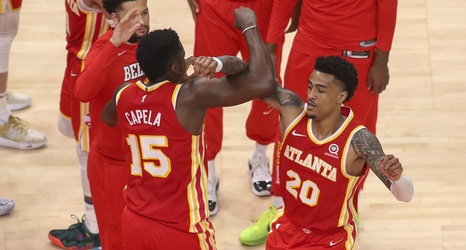 The Atlanta Hawks have been getting more recognition this offseason for the turnaround they’ve undergone in recent years. Three straight seasons of fewer than 30 wins gave way to a major breakout last season as they made their way to the Eastern Conference Finals despite being a young roster with a lot of injuries.

For that, several players have already been rewarded with extensions with more expected to soon join them.

Ahead of training camps next week, ESPN has released half of its top-100 list, and five Hawks players were among the roughly 11 percent of NBA players to grace it.