Atlanta Hawks: Bobby Portis could be an intriguing option if he opts-out 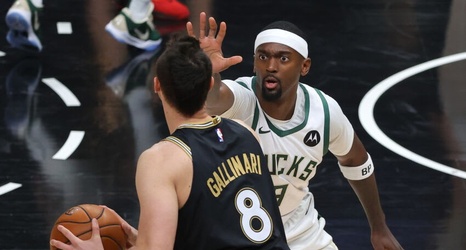 ATLANTA, GEORGIA - JULY 03: Bobby Portis #9 of the Milwaukee Bucks defends against Danilo Gallinari #8 of the Atlanta Hawks during the first half in Game Six of the Eastern Conference Finals at State Farm Arena on July 03, 2021 in Atlanta, Georgia NOTE TO USER: User expressly acknowledges and agrees that, by downloading and or using this photograph, User is consenting to the terms and conditions of the Getty Images License Agreement. (Photo by Kevin C. Cox/Getty Images)

One of the benefits of the Atlanta Hawks extended playoff run was that we got a look at some pieces on other teams who could be on the market after not initially being slated for free agency.