Are the Atlanta Hawks Asking Too Much From De’Andre Hunter? 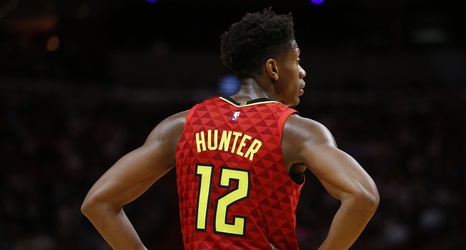 The Atlanta Hawks took De’Andre Hunter fourth overall last summer during the draft, looking to fill one of the team’s biggest weaknesses: defense.

Hunter was tabbed by many to be the best perimeter defender in the class, and with his talented ball handling combined with a 7’2 wingspan, he seemed able to play as a 2, or either forward spots.

When added to the team, he instantly became among the best – if not the best – defenders on the team.

Thus far, Hunter has appeared in 37 games for Atlanta, starting 36, and has had some highlights, but mostly so-so play overall.