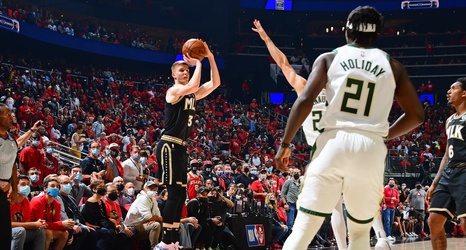 Swingman Kevin Huerter heads into his fourth NBA season on the high of a strong playoff run as the Hawks advanced all the way to the Eastern Conference Finals. While he was in and out of the starting lineup during the playoffs, Huerter enjoyed a particularly strong series against the top-seeded Philadelphia 76ers, including a Hawks-high 27 points in the Game 7 victory on the road.

In the regular season, Huerter produced a similar season production wise as he had done the season before, averaging 11.9 points per game on 43% shooting from the field on 10.