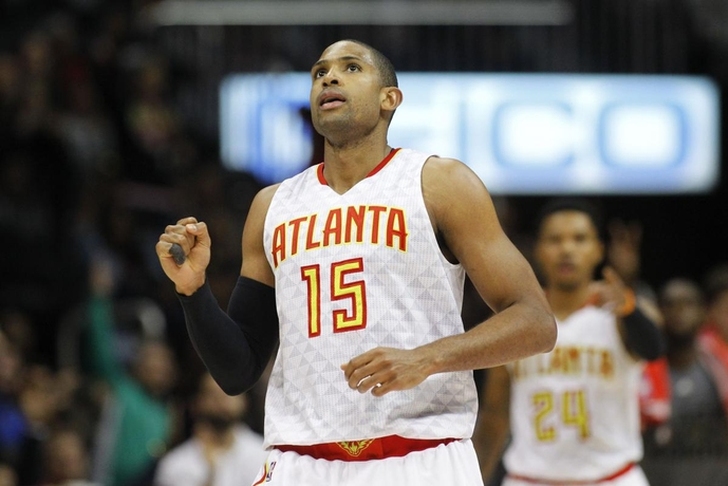 The Atlanta Hawks led the Boston Celtics 51-34 at the half of Game 1 of their opening round NBA playoff series, but the Celtics didn't quit. The tied the game at 80 with 7:22 left to play, and took their first lead of the game with 6:48 to play. It was a back-and-forth affair until late, as No. 4 seeded Hawks held on to beat the No. 5 seeded Celtics 102-101. The Celtics hit two late 3s, including one with one second left, but ran out of time to make another comeback late.

The Celtics couldn't buy a bucket from behind the arc early, and were just 2 of 16 from 3-point range at the half. But Boston found it's groove in the second half, hitting 9 of 19 3-pointers. Neither team had much success from the field. The Hawks hit 40.7 percent of their shots, while the Celtics hit only 36.3. Atlanta was a woeful 5 of 27 from behind the arc and Kyle Korver was 0 for 7.

Guard play carried the Celtics. Avery Bradley had 18 points, while Isaiah Thomas had 27 and eight assists. However, Bradley left the game with a hamstring injury in the fourth quarter. Evan Turner added 10 points and eight rebounds, while Marcus Smart put up 15 points. Jae Crowder had a double-double with 14 points and 10 rebounds.

Game 2 of the Celtics-Hawks series is Tuesday. Tip-off is set for 7 p.m. ET.