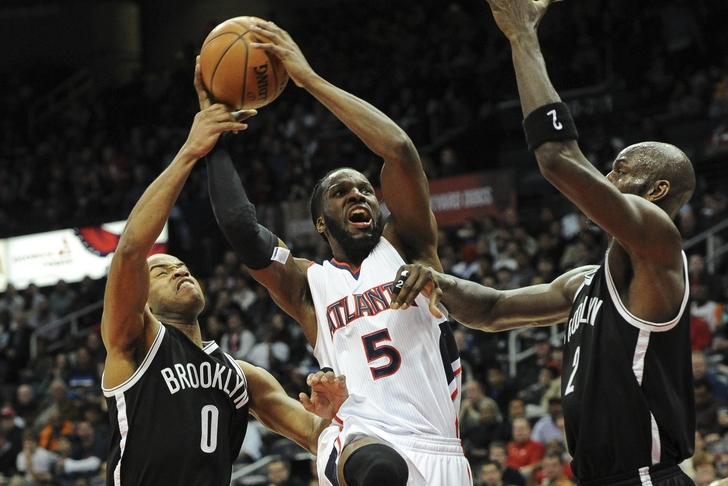 Widely picked to be the snoozer of the 2015 NBA Playoff's first round before the postseason, this Brooklyn Nets/Atlanta Hawks series has outstripped expectations by a country mile.

The Nets trailed from the opening tip on, but put on a hellacious rally in the 4th quarter to once again push the #1 seeded Hawks to the limit. However, the Nets fell apart on both sides of the floor with the clock ticking down, and Atlanta held serve with a gutsy 107-97 win in Game 5.

After holding serve on their home court, Atlanta is now one game away from advancing with a 3-2 series lead.

While another Hawks player garnered our MVP award tonight, Al Horford qualified as at least MVP 1B -- posting 20 points and an eye-popping 15 rebounds while bullying the Nets' bigs under the rim.

When the Hawks needed a star in the worst way on Wednesday night, DeMarre Carroll stepped up. His 24 points were a team high (on 8-of-15 shooting) and his intelligent work both under the basket and on the perimeter (especially during a torrid first-half performance) provided Atlanta with the spark it needed to pick up the W.

Deron Williams went back into hibernation on Wednesday, so Alan Anderson was forced to pick up his slack. He did that to the best of his ability all night long, dropping in 23 points on a beyond-impressive 9-of-11 shooting (including 4-of-4 from deep).

The series shifts back to Brooklyn for Friday's Game 6. Tipoff is scheduled for just after 8:00pm EST.