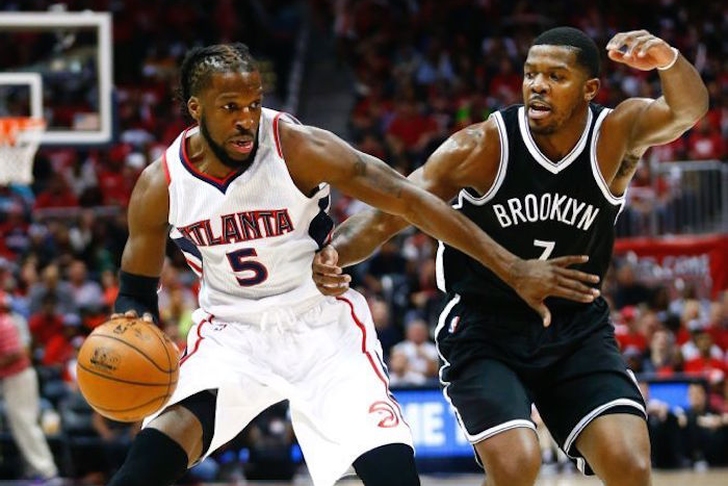 The Atlanta Hawks successfully defended their home court and defeated the Brooklyn Nets 99-92 in Game 1, but they failed to dominate in the way many expected them to be. Will they be able to keep home court advantage and win Game 2, or will the Nets steal a game on the road?

The Hawks played well in Game 1, but every time they had a chance to put it in another gear and end Brooklyn's hopes, they weren't able to do it. The Nets were more physical than Atlanta and outrebounded them, allowing them to have more control over the game than they should've. Atlanta will still find a way to win the series if that continues, but they need to show that killer instinct if they want to make a deep run.

Who will control the paint?

Brooklyn was able to hold the rebounding advantage in Game 1 because they were stronger in the paint. Brook Lopez and Thaddeus Young, both of whom aren't particularly good rebounders (12.8 per game combined during the regular season), grabbed 24 boards between the two of them, including 11 on the offensive end. That led to several putbacks and east baskets for the Nets, keeping them in the game. Atlanta needs to play stronger in the post in Game 2 to ensure a victory.

Atlanta won't blow the Nets away, but they should be able to get a sizable lead early and maintain that advantage for the rest of the game.