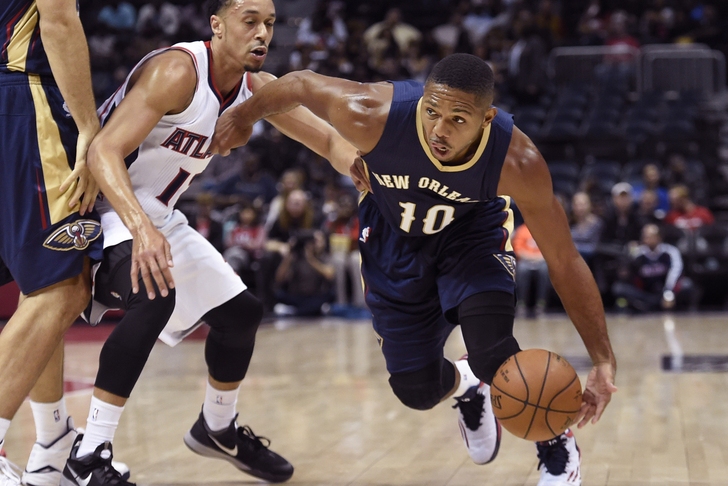 Can't get enough Hawks news and rumors? Be sure to download our 5-star iPhone app today!

The Atlanta Hawks have declined their fourth-year team option on shooting guard John Jenkins, per multiple reports. Jenkins would have made just over $2.2 million in 2015-16, but now becomes an unrestricted free agent prior to the 2015-16 season.

“I’m pretty upset about it but it’s part of the game,” Jenkins said, via the Atlanta Journal-Constitution. “I felt how I came back from injury, from August until now, I feel like I made leaps and bounds and shocked a lot of people in the way I came back. I feel like in the preseason, I might have earned my spot and had my option picked up. But it didn’t happen. I will continue to work hard, support the team and be positive.”

The 23rd overall pick in the 2012 NBA Draft, Jenkins has struggled with injuries for the majority of his time in Atlanta. Case in point, the 23-year-old appeared in just 13 games in 2013-14 after a recurring back injury required season-ending surgery in February.