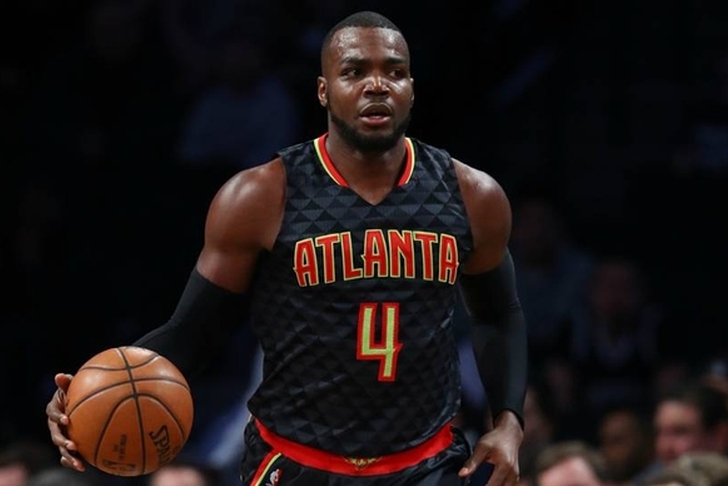 All-Star forward Paul Millsap declined his player option with the Hawks, allowing him to become an unrestricted free agent this offseason. Atlanta have expressed interest in re-signing him, and Millsap reciprocated that interest, but also plans to test the open market. Likely to receive a max contract (or close to it), Millsap should have his choice of where he wants to play. Here are his five most likely destinations:

5) Dallas Mavericks
Dallas plans to address their need at point guard before anything else, but they've made a habit out of getting in the mix for big-name free agents. Millsap could take over the starting power forward position for Dirk Nowitzki, and would be an excellent pair next to Nerlens Noel. The Mavs need a go-to offensive threat, which Millsap proved he can be in Atlanta. The only question is if Dallas is ready to essentially move on from Dirk this offseason or not.

4) Toronto Raptors
The Raptors had been looking for help at the power forward position, so they traded for Serge Ibaka at the deadline. However, Ibaka is also an unrestricted free agent - and it's far from a guaranteed that he'll re-sign with Toronto. If he opts to go elsewhere, the Raptors will be looking for a replacement. Millsap would certainly fit the bill and take some of the scoring load off of DeMar DeRozan and Kyle Lowry. However, he'd only be an option if they re-sign Lowry and let Ibaka walk.

3) Minnesota Timberwolves
From a pure basketball standpoint, Minnesota makes a lot of sense. Millsap would be the perfect stretch four next to Karl-Anthony Towns and add more scoring punch, forming a Big 3 with Towns and Andrew Wiggins. The Timberwolves have enough cap space to offer him a max contract - but would Millsap want to move to the Western Conference to play for a team that is a few years away from being a contender?

2) Indiana Pacers
Indiana probably has the best chance to lure Millsap away from Atlanta. If they still hold some belief that Paul George may stay instead of leaving to join the Lakers in 2018 free agency, they could offer Millsap a max contract to give themselves a pair of All-Stars. The addition of Millsap would turn the Pacers into a legitimate contender at the top of the East.

1) Atlanta Hawks
All that said, the Hawks are still the biggest favorite to get Millsap back. They can offer him a longer contract and more money than anyone else, and he's really going to have to be blown away by someone else to leave. Expect Millsap to stay with the Hawks.

Follow our Atlanta Hawks news page for all the latest Hawks news!