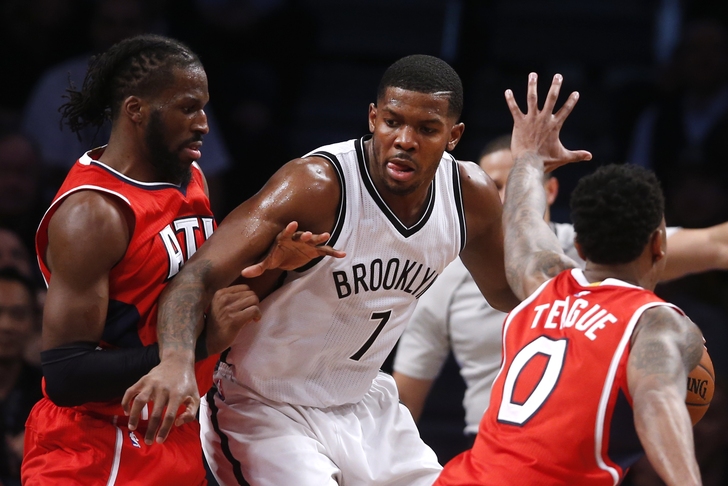 The Atlanta Hawks and Brooklyn Nets were both expected to make the playoffs at the start of the season, but as two of the bottom seeds. Brooklyn struggled throughout the season, but they pulled through and still managed to get the final playoff spot with a win over the Orlando Magic on the last day of the regular season. Atlanta far exceeded expectations as they jumped to the top of the conference at the start of the year, and they never relinquished the top seed.

Atlanta is one of the top offensive teams in the league as head coach Mike Budenholzer's motion offensive system has turned the Hawks into a top-10 scoring team. They make offense look effortless, but it's a much different story for Brooklyn.

The Nets rank in the bottom third of the league in scoring, and it's a struggle for them to get good shots on most of their offensive possessions. If they're going to compete with the Hawks in this series, they'll need to be able to put up over 95 points in every single game.

Sefolosha broke his leg in a fight out outside of a New York City nightclub earlier this month - an injury he blames on the police - ending his season before the playoffs. Atlanta relied on him to be a lockdown wing defender off the bench, and they need to find someone who will fill that role if they want to make a deep run in the postseason. Look for them to use this series to toy with different potential replacements for him in the rotation.

Atlanta absolutely dominated the Nets in all four meetings during the regular season, and Brooklyn doesn't have nearly enough firepower to keep up with the Hawks.