WATCH: Every Falcons Touchdown From Atlanta's 43-28 Win Over The Bucs 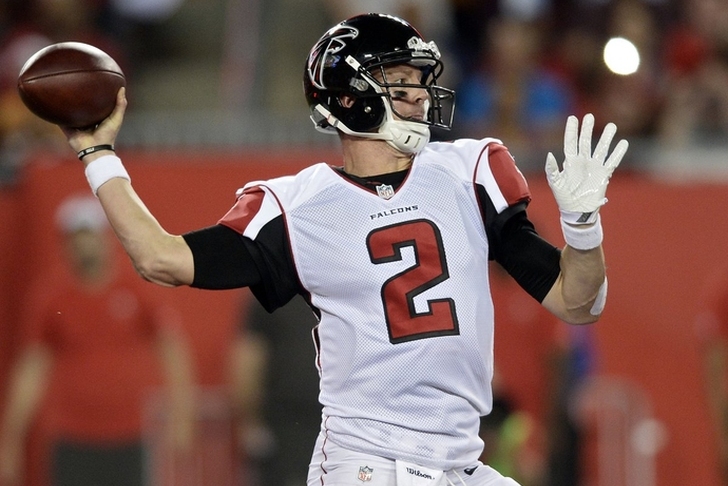 The Atlanta Falcons had limited trouble with the Tampa Bay Buccaneers Thursday night, as the high-powered Falcons offensive attack racked up 43 points in a 43-28 win. Matt Ryan had a great game, throwing for 344 yards and four TDs. With the win, the Falcons improve to 6-3, extending their lead in the NFC South. The Bucs are now 3-5.

Down 7-0 in the first quarter following an opening drive score by Tampa Bay, the Falcons responded with a score of their own. Ryan found TE Levine Toilolo for a 33-yard score to tie the game.

Trailing 14-13 in the final few minutes of the first half, the Falcons took the lead back. Taylor Gabriel took a reverse for a nine-yard score to give Atlanta a 20-14 lead.

In the third, the Falcons began to pull away with a one-yard TD pass from Ryan to FB Patrick DiMarco. That made it 26-14.

Julio Jones finally got his TD, reeling in a three-yard pass to put the game out of reach at 33-14.

The Falcons added to their lead with another short TD pass from Matt Ryan. This time, it went to TE Austin Hooper.

That made the score 40-14 in favor of the Falcons and that was it for the Falcons in terms of touchdowns. They went on to win 43-28.

All videos are via the Every Falcons TD Facebook page.