WATCH: Every Falcons TD From Atlanta's 48-33 Win Over The Panthers 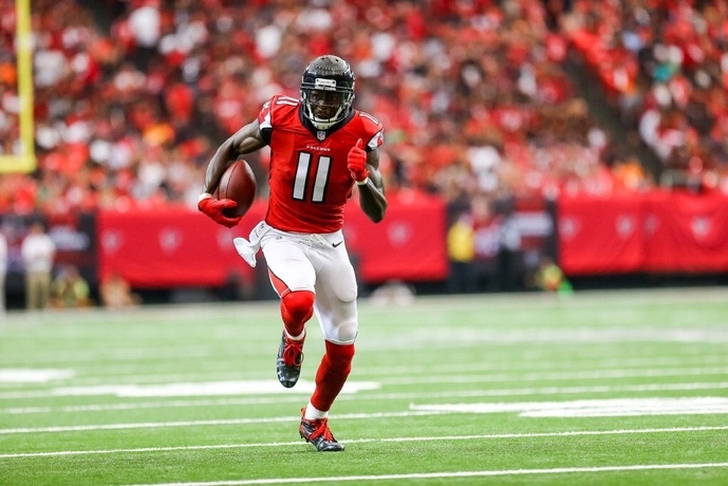 In a high-scoring affair, the Atlanta Falcons knocked off the Carolina Panthers 48-33. The Falcons led by 24 at one point, and although the Panthers tried to rally, it wasn't enough. Matt Ryan threw for 503 yards, with an incredible 300 of them going to Julio Jones. The Panthers' pass defense just had no answer for Atlanta.

Check out every Falcons TD from their win Sunday below.

The Falcons struck first, with Ryan finding TE Jacob Tamme to take a 7-0 lead in the first quarter.

Atlanta extended the lead to 14-0 on a Devonta Freeman TD run late in the first quarter.

Now up 17-10, Ryan struck for six again. This time, he found TE Austin Hooper for the 42-yard score.

The Falcons extended the lead to 31-10, as Aldrick Robinson went 35 yards for the TD catch.

The Panthers started to rally after that, cutting the lead to 34-26 late in the fourth quarter. But, Jones and Ryan connected for a 75-yard TD to extend the lead again.

Now up 41-33 with 1:25 to go, the Falcons sealed the win in impressive fashion. Robert Alford picked off Derek Anderson (who was in for an injured Cam Newton) and took it back to the house for six.

The Falcons ended the game up 48-33. All videos are via the Every Falcons TD Facebook Page.