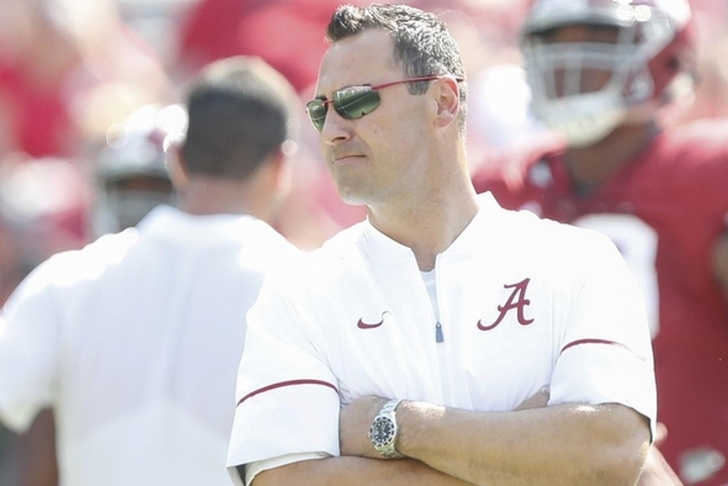 According to Bleacher Report's Jordan Schultz, the Falcons are set to hire Alabama Crimson Tide offensive coordinator Steve Sarkisian to the same position.

Source confirms that Steve Sarkisian is all but certain to be named the #Falcons next offensive coordinator. Announcement forthcoming.

Sarkisian only spent one game as Alabama's offensive coordinator, taking over for Lane Kiffin for the national championship game.

He spent a season and a half as head coach of the USC Trojans from 2014-15, and was fired five games into the 2015 season for being intoxicated on the job on several occasions. Nick Saban hired him as an offensive analyst for this past season, and was taking over the OC duties after Kiffin took the head coaching job at Florida Atlantic.

Sarkisian will be taking over an offense, led by MVP Matt Ryan, that was one of the best in NFL history in 2016, leading the league with 33.8 points per game and ranking second with 415.8 yards per game.