Will the Falcons re-sign any of their remaining free agent class? 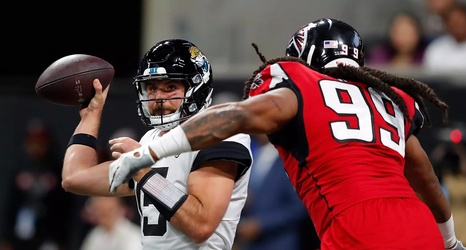 The list of free agents for the Falcons has grown quite small. They’ve either announced they’re not re-signing those players, lost them to other teams, or brought them back at this point.

That doesn’t mean there aren’t still useful unsigned players who could return to the team, however. Let’s check on those who remain and decide whether the Falcons will or will not re-sign them.

Maybe this is wishful thinking, but Clayborn deserves to come back and would be exactly the kind of relatively low-cost, useful signing Atlanta needs to make the rest of the way. Clayborn was one of the team’s more effective pass rushers last year, remains a solid run defender, and is a quality veteran locker room presence on a team about to get significantly younger on the line.