Will Matt Ryan finish his career with the Atlanta Falcons? 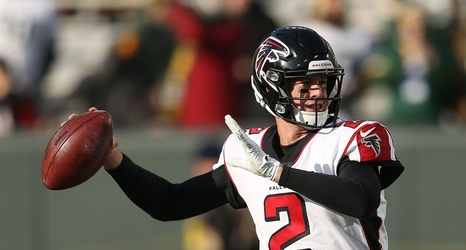 Matt Ryan has been at the helm of the Atlanta Falcons since his rookie year. He’s been a day one starter that has actually panned out. He didn’t have to sit and wait like Aaron Rodgers, he didn’t suffer an injury like Drew Brees, and he didn’t get a break because of an injury like Tom Brady.

He’s a former league MVP and there’s no secret that he wants to bring a Super Bowl to Atlanta as much as the fans want him to deliver the elusive Lombardi Trophy.

But if you look around the league and at the history, quarterbacks sometimes want to play longer than teams are willing to pay them for.