Who is next man up for the Atlanta Falcons after Mohamed Sanu trade? 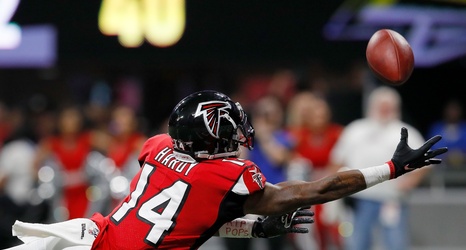 The question now is who is going to step up for the Atlanta Falcons and be that dependable third receiver behind Julio Jones and Calvin Ridley?

It might not seem like it because of Julio’s gaudy stats each season but Matt Ryan has been known to spread the ball around to his other pass catchers. With Ryan possibly out and Matt Schaub starting in his place, the ball might now be spread around as much but the Falcons need one of their young guns to step up.

Russell Gage is an unknown to the casual football fan.