What to know about the Falcons - Eagles matchup in Week 2 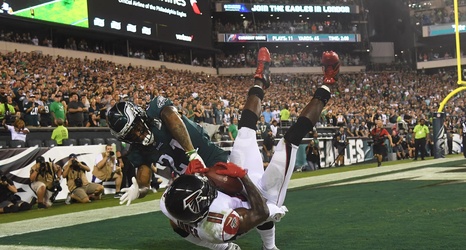 When I wrote my Falcons - Vikings version of this article a week ago, it ended up being probably the most accurate piece I mustered about what was to come. It was before my optimism took over, and I noted that the Vikings were maybe the toughest matchup Atlanta would face, that their ground game was going to be tough to stop, and that some skepticism of the offensive line in the face of that ferocious Minnesota pass rush was probably warranted. Unfortunately, all of that came true and then some.

In the spirit of that—and because I can’t in good conscience pick the Falcons to win this week, regardless—this will be a pretty stark look at how the Falcons and Eagles stack up.