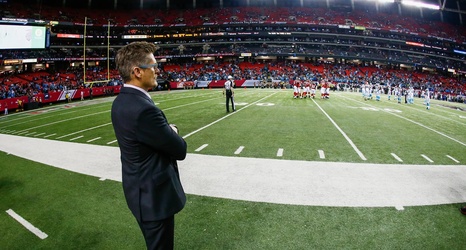 The widespread expectation, at least among our staff and Atlanta-focused analysts, was that the Falcons would attempt to trade back into the third round. They had seven selections on the draft’s third day, after all, and there promised to be plenty of quality players available for them to choose from.

That was the case, but perhaps because there was no huge run on pass rushers, defensive tackles, and only a partial run on cornerbacks, the Falcons elected to stand pat. They’ll head into the third day of the draft with more picks than they’ve ever had in the Dan Quinn era, which has seen them grab the following impactful players in the fourth round or later:

Virtually every one of those players has started games, and Campbell, Kazee, and in particular Jarrett are exxcellent starters you can’t always unearth with late round picks.