What should the Falcons do with Desmond Trufant? 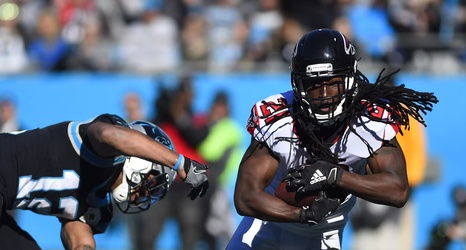 The Falcons secondary was a big issue in the first half of 2019. The mixture of struggling players (Damontae Kazee, Isaiah Oliver) and injuries (Keanu Neal) created a toxic potion of blown coverages and horrifying play. While it was far from his best year in Atlanta, Desmond Trufant was one of the few guys who still played fairly well for most of the season until injuries cut it short.

With Tru turning 29 this year, he may be at the peak of his performance curve. With Kendall Sheffield looking decent (in spots) during 2019, fans are now wondering if it’s time to move on from the former first round pick.