What should the Falcons do at left guard heading in to Week 2? 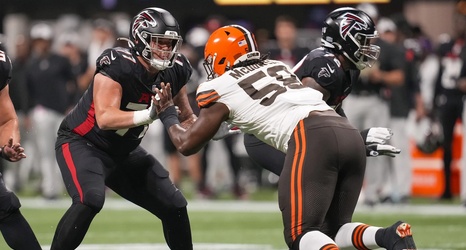 I think it’s fair to say that expectations were low for the Atlanta Falcons offensive line heading into a Week 1 matchup with the Philadelphia Eagles. Philadelphia, after all, had the #2 pass rush in the NFL by pressure rate in 2020 and featured a fearsome interior led by All-Pro Fletcher Cox and Javon Hargrave. Atlanta, on the other hand, was starting two new players on their offensive line: second-year center Matt Hennessy, and rookie third-rounder Jalen Mayfield.

I was fairly confident that Matt Hennessy would hold his own. While he certainly wasn’t good, he was.