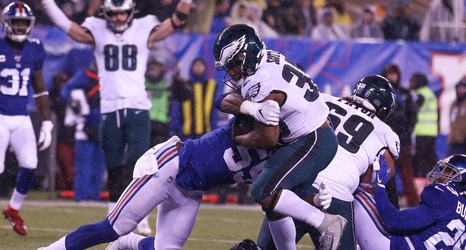 The NFC East is the worst division in fotball this year, and it’s not particularly close. The Cowboys are the best team in the division and have a 2-4 record, making it clear just how terrible things have been thus far.

Unfortunately, we’re getting an NFC East showdown in primetime tonight. and it’s exactly the kind of likely crapfest this awful year deserves. The Giants are 1-5 and have scored the third-fewest points in the NFL, while the Eagles are 1-4-1 but have surrendered the sixth-highest number of points. I’d say something’s gotta give, but it’s very possible this game ends up at 9-6 and no one’s happy.