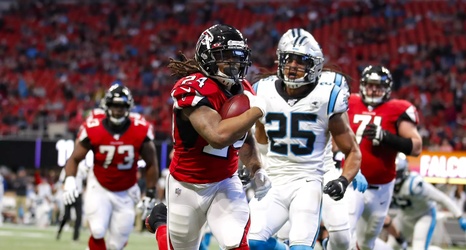 Hey Falcoholics! Our Atlanta Falcons took on the Carolina Panthers for the second time this season, and the game ended with a Falcons decisive victory, 40-20. Just in case you missed the game or you’d just like to read some tweets, Twitter has you covered! Let’s recap the game.

Falcons would receive the ball first, as they have the past five games.

The Falcons would go on to punt, but that’s okay — because the Falcons defense would force the Panthers to go 3 & out.

And then quarterback Matt Ryan made NFL history.