Sorry to break it to you: Atlanta Falcons aren’t a computer simulator 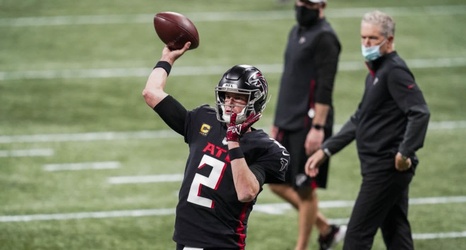 The Atlanta Falcons hold the No. 4 overall pick in the 2021 NFL Draft and, for some reason, many analysts believe they’re just going to give it away without a king’s ransom in return.

Pro Football Focus just published its latest mock draft and highlighted the draft with a trade between the Falcons and the New England Patriots.

In the trade, the Atlanta Falcons received the No.