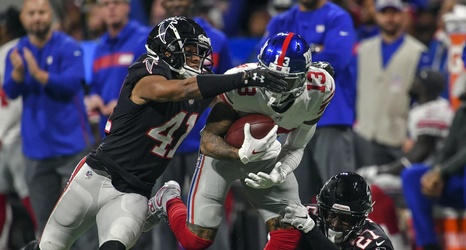 After talking about this past season in the first part of our interview, Sharrod Neasman and I moved our focus towards talking about some of the Falcons’ biggest departures.

The team’s 2017 and 2018 defensive coordinator was let go shortly after the season concluded. The former defensive coordinator started in Atlanta as the secondary coach. Dan Quinn brought him along for his first season back in 2015. When Neasman joined the Falcons in 2016, he immediately started working closely with Manuel. He credits the former safety for helping him acclimate to the NFL.