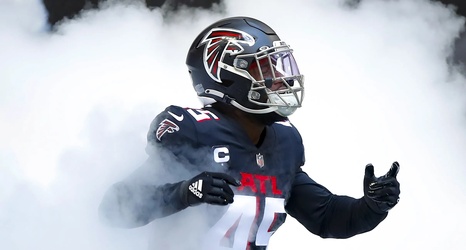 Deion Jones has been in limbo. The veteran linebacker went from star on an interesting young defense to afterthought and possible trade candidate, especially after the Falcons drafted Troy Andersen and signed both Rashaan Evans and Nick Kwiatkoski. An injury further clouded the picture for Jones and landed him on the PUP list, and we've been waiting to find out whether he's going to be in Atlanta or not in 2022.

We still don't know the answer to that, but Jeff Schultz at The Athletic reports that the team has not found a trade partner yet. He adds that even if they don't, Atlanta won't outright cut Jones.