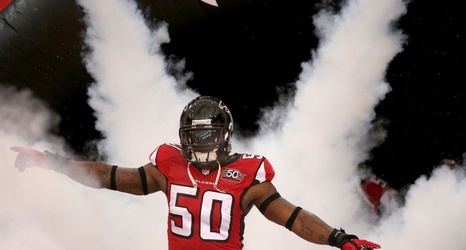 The Atlanta Falcons have totally overhauled their linebacker corps this offseason. Through free agency and the draft, it looks remarkably different today than it looked a year ago. That said, noticeably absent is arguably the Falcons' best linebacker from 2015: O'Brien Schofield.

Schofield was brought aboard last offseason because he and head coach Dan Quinn had a certain familiarity. That translated into a one-year, prove it deal. Lucky for us, Schofield proved to be a valuable player. Unfortunately, in the front office's opinion, he was not valuable enough to substantially increase his salary. To date Schofield's representatives and the Falcons haven't been able to work out a deal.