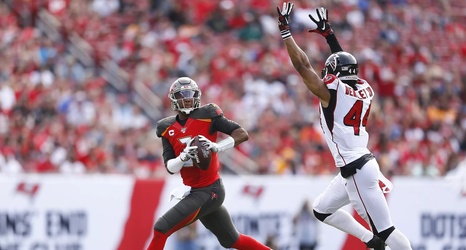 The last person that said sacks don’t matter was unceremoniously fired, but Pro Football Focus warns sack counts can be misleading. Teams should be on the lookout for a player that has a chance to repeat their high sack numbers and shy away from those that were highly inconsistent.

You know where that intro is headed. PFF took a look at both Falcons pass rushers heading into free agency, and you can probably guess where Vic Beasley and Adrian Clayborn land.

Beasley has been a highly divisive player since draft day, and his career has not changed that one bit.