O'Brien Schofield to the Falcons is the rumor that won't die 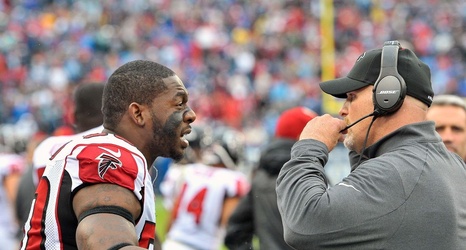 The Falcons and Schofield seem like a natural marriage, but it hasn't happened yet.

I predicted a long time ago that the Falcons would re-sign O'Brien Schofield, but as the months went by, I felt it had become unlikely. Now we're in May, though, and Schofield is lingering on the open market and people are still writing stories about a potential reunion, so who knows.

"As far as opened or closed, it’s never closed with Scho," Quinn said. "There’s never a time where we close it on a player that we’re connected with, if that makes sense.