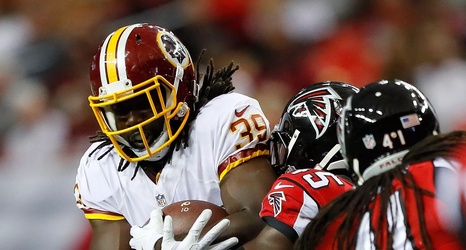 The Falcons, as we’ve said many times here in recent years, have not done a stellar job of landing pass rushers in the draft. After landing Patrick Kerney back in 1999 and watching him put up 58 sacks in a Falcons uniform (the 3rd-highest total in franchise history), their most successful picks on a pure production level since have been Vic Beasley (37.5), Jonathan Babineaux (27), and Kroy Biermann (23.5). They haven’t come close to landing a truly elite edge rusher in over 20 years, and the pass rush has largely been mediocre over that span, especially after Kerney and John Abraham left.