Matt Ryan should be shut down until he’s 100 percent 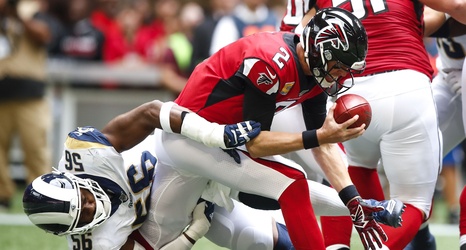 CBS Sports is reporting that Matt Ryan could miss games, he could miss one to two weeks due to the ankle sprain he suffered in a loss against the Rams.

The Atlanta Falcons front office and coaching should use whatever common they have left and not play him against the Seattle Seahawks.

A big part of the reason why Ryan has been able to put up the numbers he has is that he’s been able to move around the pocket and avoid pass rushers to the best of his ability.

If he were to play against the Seahawks, not only would he not be at full strength but could also risk being injured even more.