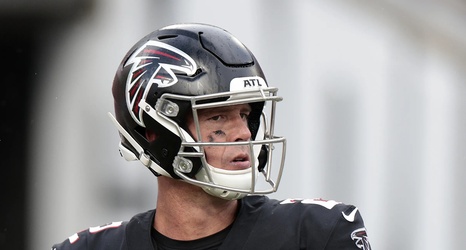 Stop me if you’ve heard this one before: Matt Ryan reached an impressive career milestone yesterday in a game the Falcons lost. Amid a tough loss to the Buccaneers that saw Ryan toss two touchdowns and three picks, including a pair of tipped passes for pick-sixes, Ryan blew by Drew Brees for the most passing yards through a quarterback’s first 14 seasons.

The fact that Ryan did this just two games in his 14th season tells you how good and durable he’s been over the years, the way passing numbers have opened up since Ryan entered the league and certainly since the likes of Drew Brees and Tom Brady entered the league, and how central the passing attack for the Falcons has been to their success (and lack thereof, sadly) over the years.