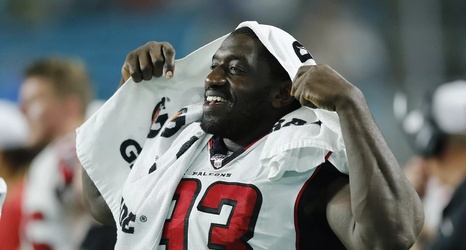 As we reported over the weekend, the Falcons made some necessary moves with Allen Bailey, Matt Ryan and Jake Matthews to help free up some cap space for this season. At the time, we didn’t have any details on how much space was freed up. We now have some answers.

Many of us were expecting Bailey to be a cap casualty, but the team went the opposite route. They instead gave him a one year contract extension that will keep him in Atlanta through 2021.

Bailey’s current deal would have cost the team just under $6M on the 2020 cap.