Letting Austin Hooper walk would be colossal mistake for Falcons 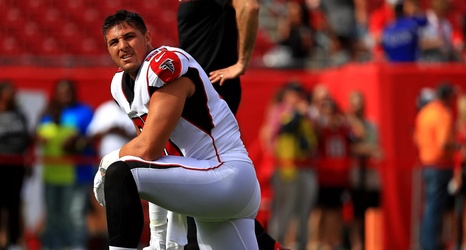 If there’s one thing the Atlanta Falcons have been good at in recent years, it’s keeping their guys.

Since Thomas Dimitroff ascended the general manager throne in 2008, he’s made it a distinct priority to hold onto the players he strikes gold (or at least silver or bronze) with in the NFL Draft.

With Vic Beasley, he exercised a $12 million option on a fifth-year deal, which is basically the equivalent of an extension for your first-round pick. Ditto Keanu Neal, whose fifth-year option kicks in this fall.