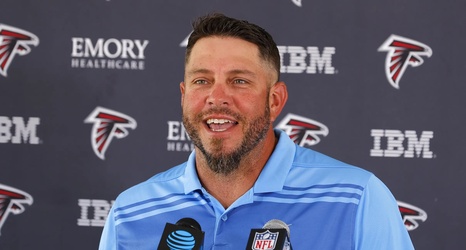 More than nine years after the team promised it would happen, former Atlanta Falcons center Todd McClure has finally been named to the team’s Ring of Honor.

Affectionately known as the “Mud Duck,” McClure will join franchise greats like Deion Sanders, Tommy Nobis, Claude Humphrey, Steve Bartkowski and his former teammate, Roddy White, in the Ring of Honor this season. His induction is set for October 30’s home game against the Carolina Panthers.

After years of wondering when the team would make good on the promise owner Arthur Blank made to McClure when he retired in early 2013, the Falcons have finally placed the one of the franchise’s best offensive linemen in team history right, where he belongs.