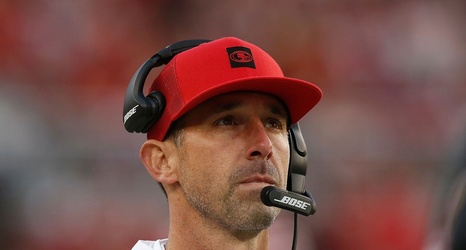 Kyle Shanahan recently spoke out about his role in the Atlanta Falcons blowing a 28-3 lead in Super Bowl 51 during. He stated that the Atlanta Falcons would not have necessarily clinched the game if he had called run plays after Julio Jones‘s miraculous catch, but this statement couldn’t be any further from the truth.

The score was 28-20 and there were only four to five minutes left in the game. All Shanahan had to do was run the ball, waste the clock and let Matt Bryant attempt a possible game-clinching field goal.

Instead, the Atlanta Falcons have the most embarrassing collapse in sports history and it’s all thanks to him, whether he wants to admit it or not.