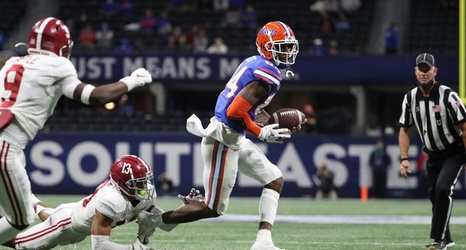 The Kyle Pitts hype machine has been roaring at a deafening volume for a few months now, but I don’t know that we’ve seen its peak just yet. That may come in the summer months, when Pitts is hopefully doing absurd things at camp, or if we’re very lucky, it’ll come during the season when he’s doing absurd things to NFL defenders. If he’s that good, he’ll be one of the darlings of NFL media in the same way he was in the final weeks before the draft.

For now, though, the hype train is still rolling.