Julio Jones disrespect continues into the off season 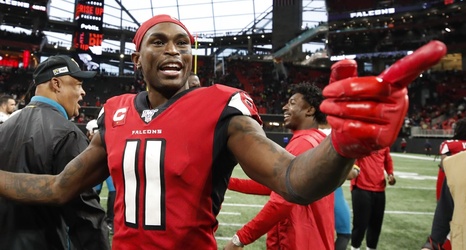 Julio Jones is about to enter his 10th season in the NFL and has been the league’s best offensive weapon for the last five years. During that time, he has led the league in yards per game three times, receiving yards twice and catches once.

Julio Jones is what every receiver aspires to be and what every quarterback wants to throw to.

Like Matt Ryan, Julio Jones is a victim of a poor front office that has no clear direction and therefore fails to hire coaches to carry out that directive. Because Julio does not have the touchdowns numbers he should, his greatness is taken for granted.