Injury may force even more young Falcons into major snaps 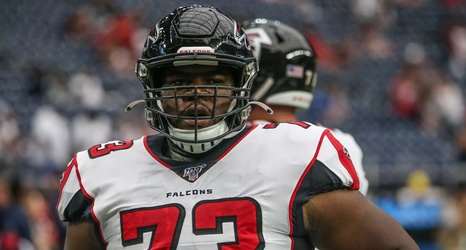 The bad news is that the injuries are piling up again for the Atlanta Falcons, which is invariably a giant bummer. Desmond Trufant is gone for the year after returning and playing very well earlier this year, Wes Schweitzer was out of the game with a shoulder injury against the Panthers, and Calvin Ridley left the field with a scary ailment that was mildly described as an abdominal injury.

Those injuries make the outlook against the 49ers even more grim, but they will also give a handful of young Falcons a shot they otherwise may not have gotten, given that Atlanta remains intent on winning games despite the fact that the season is lost.