If they don’t pick a QB, the Falcons need to go all in on Matt Ryan 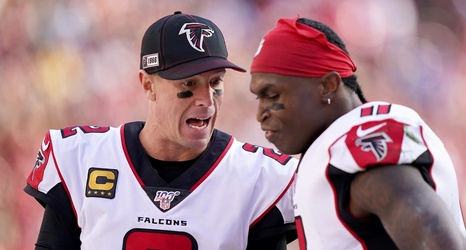 We’re about two weeks away from the rest of our lives, so to speak, if you’re an Atlanta Falcons fan.

Night one of the 2021 NFL Draft has the potential for Falcons fans to be the most consequential night for the franchise since Keanu Neal’s knee bounced off an NFC Championship berth (give or take), perhaps since that one night in February 2017 that I am not legally, ethically or safely able to describe or say in name.

Drafting in the top four picks of any NFL Draft means that your franchise, in one way or another, has reached some sort of crossroads, either from being very bad or somehow lucking out with a traded pick.